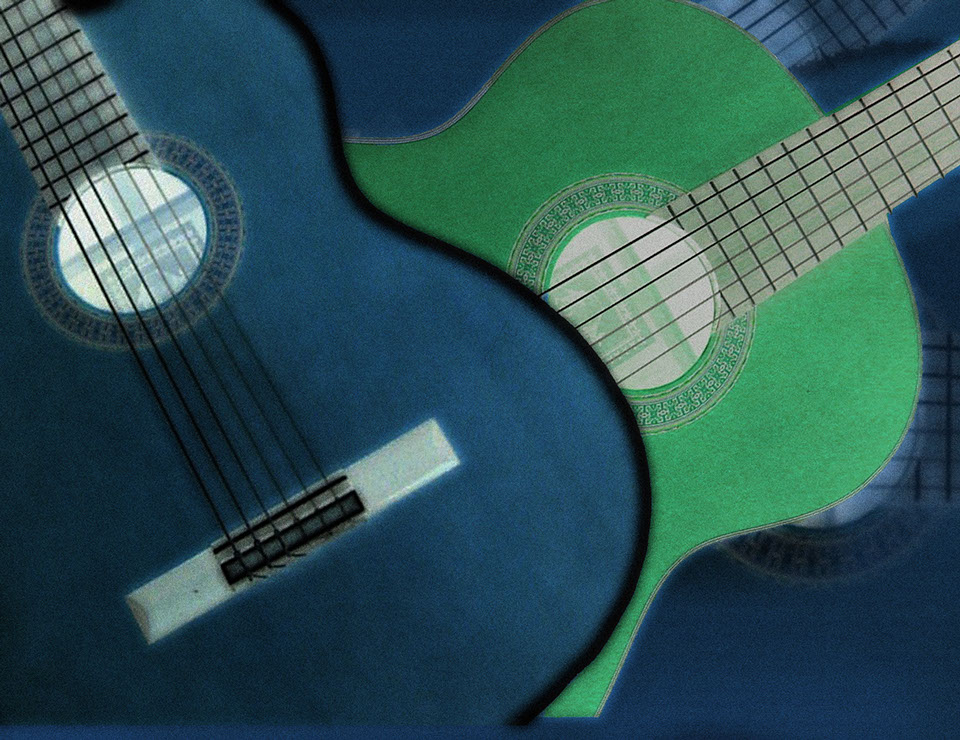 Once upon a time there was a song, trapped inside a guitar. It wanted to leave but could not without the help of a guitarist.

Now, the musician who owned that guitar was very depressed because there were so many bad things in his life; everything seemed difficult,  and in his misery he had seemingly abandoned his instrument. And the song, in its loneliness, became sad, and eventually began to cry itself to sleep.

Every day, the musician would pass by the guitar and hear a muffled sound that seemed to emanate from it, but could not understand it.  Confused, still depressed, he left the guitar lying in the case.

Fortunately, the guitarist's best friend, a musician himself, came and visited him one day — bringing with him his own guitar.

"Well, really. I haven't been feeling well because there is nothing that has been going well for me recently."

"No, I don't really feel up to it," said the guitarist.

"Please... in the name of our friendship," begged his friend.

And so the guitarist thought to himself, well, why not?  After all, he is my best friend.  It is the least I owe him.  And he took his guitar out of its case.

The two musicians tuned their guitars and began playing. Finding beautiful harmonies, suddenly the guitarist threw his frown to the wind. And when this miracle happened, the song that was resting, sad, within his guitar wakened, flourished with a great joy and flew - smiling as it emerged.

The two guitarists played more and more; the song grew more and more cheerful, and then the musicians heard other sounds... the sounds of shoes and dancing in the courtyard outside, and then applause from the dancers.

From that moment on,  the song lived happily ever after in the hearts of all who heard it.  The sheer beauty of it cured the depression of the guitarist.  And since that day, if you listen with your heart, you can also hear this joyful song, because it lives in the hearts of those who know to listen for it.